As one of only a handful of foreigners in the rural area east of Tokyo, the experiences out here are much different than the stereotypical lights, glamor, and action that the big city offers. While most people consider Tokyo to be the template for all of Japan, I can promise that roughly 90% of the country  doesn’t do or have any of the fancy attractions that Tokyo provides, but are still appealing in their own way. Let’s start with the town I live in: Omigawa.

The obvious question is: where is Omigawa? Most people – even in Japan – have no idea, so let me help: picture Tokyo, as it sits near the central east side of Japan’s cost. Now go an hour east to Narita, which is a city on its own, and a whole lot more than just an airport. Continue going east for another 45 minutes – yes, an area exists that far from Tokyo and isn’t in the ocean. This area is Katori District, and inside it sits Omigawa – one of four townships in the Katori District area.

The choice to live in Omigawa was not mine; the company that hired me placed me here so I could teach English at some of the surrounding schools, but do I regret it? No. Omigawa has a lot to offer, and it, at least, opened my eyes to a new side of Japan that mainstream media doesn’t even come close to covering.

While Omigawa may not have a cityscape, a nightlife, a beach, or a theme park, all of those things are conveniently close. By train or by car, anything you could want is nearby. Beginning with the immediate area to the west, there is the actual city of Katori and its close neighbor, Sawara, which have their own appeal. Katori is home to Katorijingu – a massive shrine, which, being established in 643 BC, makes it one of the oldest in the Kanto region (which encompasses Tokyo and most of the surrounding area, from Fukushima to Nagano and everything southeast to the coast). Additionally, it is the head shrine for over 400 other shrines across the country, which definitely makes it worth visiting.

Meanwhile, Sawara is a mini-city, which its own main strip, seasonal festivals, two mini-malls, and unique restaurants, including ramen, curry, yakiniku, and more. What makes Sawara uniquely special is that it was the home of Inō Tadataka, who is known for completing the first map of Japan using modern surveying techniques between 1800 and 1820. His home is now a museum showing his life while he lived in the town.

To the north, about 30 minutes by train or by car, sits Kamisu, which could be considered the closest thing “Tokyo-esque” to Omigawa, and Kashima, which has its own unique shrine for martial arts and festivals. Kamisu has plenty of restaurants, shops, and hotels, so it can be a great place to take a family or friends if they need a city visit. If all else, Tokyo is 3 hours by train or a handy night-bus away.

Heading east (yes, there is still more to the east) and south, there is Choshi and Asahi (different than the beer). Both are cities on their own, but they also have beach access, which is a plus.

Laying about 45 minutes west is the city of Narita, which is much bigger than Kamisu and has its own temple and mountain, called Narita-san (Shinshō-ji). Along with having one of the largest cinemas and malls in the area, and the closest Costco, Narita offers much more than just the famous airport. Near the temple, there’s even a kilometer-long stretch of road called Omote-sandō that has nothing but unagi (eel) restaurants and shops! In fact, I could talk a lot more about Narita and its wonders, but that’s another article.

Lastly, to the northwest, is the lone area of Shinshima. While Omigawa offers a town in rural Japan, Shinshima is the embodiment of rural Japan. With houses scattered few and far between, and rice paddies as far as the eye can see, Shinshima’s the perfect place for anyone who literally wants to ‘get away.’

That doesn’t mean Omigawa is lacking. In fact, Omigawa has a lot to offer.

What Omigawa has to offer

As one of the largest towns in the Katori District area (next to Sawara), Omigawa has a few unique items and places to call its own. First is Joyama park (officially known as “Omigawajoyama park”), which is right beside the only Junior High School and High School in town, both of which have roughly 500 students each. Joyama park is famous for hanami, or cherry blossom viewing season. Additionally, there are multiple playgrounds in the park for children to play on, and great views of the town from on top of the mountain.

Next is Cainz, which is the equivalent to a Japanese Walmart. It seems odd to jump from a nice, peaceful park to a retail store, but people from all over Katori District flock to Omigawa to go shopping at Cainz, as it is the only one within a 20km radius. Unfortunately, Cainz closes at 8pm nightly, so if the need arises at 3am for a particular craving or a plunger, TRAIL is 24 hours, which is just down the road from Cainz.

Along with with Cainz, Omigawa also has a GEO, or a movie rental store, with plenty of options to choose from. While Netflix and Redbox may have dominated the market in America, movie rentals are still big in Japan, and are not going away anytime soon (Sawara and Kamisu both have WonderGoo’s, but their movie selections are slim compared to GEO).

Wanting to shop local? Omigawa has plenty of mom-and-pop vegetable stands scattered throughout downtown, which is a convenient 5-minute walk from the only train station in town. Everyday, tomatoes, potatoes, carrots, and more are available for about 100 yen or less, so it’s really worth stopping by.

For the science-y types (or just kids that want to learn), Omigawa also has a planetarium to offer a great experience visiting space and other worlds, which is located next to a sports park, where kids, family, and friends can play frisbee golf, tennis, baseball, swim, or just hang out.

Peace comes to those who wait

Before, I mentioned that Cainz, which is the largest superstore in the area, closes at 8pm. That’s not unusual for the area. Most of the businesses in Omigawa close at either 5pm or 8pm, which makes for a very unenergetic nightlife. In fact, the only things that are open past 8pm are Sukiya, Gusto, McDonalds, TRAIL, and various izakayas. Additionally, the trains pass through Omigawa station only twice an hour in the mornings, and once an hour in the afternoons and evenings, which is great if train noise is annoying, but not so great if you are late.

Even the pachinko parlor and amusement area close at night, so addicted gamblers have to go somewhere – hopefully home.

Regardless, Omigawa has plenty of peace to offer if peace is sought.

Families? We got that!

I can’t drive anywhere without seeing at least three “Baby in Car” placards on cars, or see parents on the train with their kids. But that’s not necessarily a bad thing. Omigawa has plenty to offer families, such as Joyama park with its playgrounds, the sports park to play, the planetarium to experience, or even a new community center for kids, which is just a brisk walk from downtown.

Also, Omigawa has five elementary schools, so there’s plenty to choose from no matter where you live, with great ALT’s teaching English at all of them.

Unfortunately, Omigawa doesn’t have much of a foreign support system, which includes the schools. While most of the signs have english translations, and there is a language study group nearby, only a few people will want (or try) to speak english, which is a challenge, but quite the surprise when I buy something from a local FamilyMart and the clerk says “Thank you” in english.

Overall, Omigawa is a part of Japan that not many get to see. While it may not have the zest and appeal of the bright Tokyo lights, it offers its own tranquil attractiveness and provides the amenities and resources for those who seek it. Yes, it’s a far ways from bustling Tokyo, but that’s what makes it great – there are plenty of friendly people, peacefulness to relax, and access to just about anything in every direction.

Is Omigawa perfect? No, but am I glad to call it home? You bet. 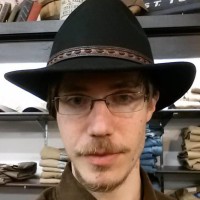