I was eleven when I decided to move to Japan.

The gateway drug that got me hooked on the idea is likely the same that has attracted most expats of my generation – Japanese anime. Exported from its land of origin to North America and the rest of the world in droves during the 90s, anime not only introduced me to adult-friendly animation, but also to Japan itself. Watching shonen shows like Dragon Ball Z and Digimon sparked my curiosity about this land of sailor uniforms and sushi. Classic anime imagery – the steady drone of cicadas in the background of nearly every Neon Genesis Evangelion scene, the magical, moss covered forests of Princess Mononoke, the sakura falling in slow motion in every single love scene – charmed and intrigued me. I knew that I wanted more than to visit this place one day; I wanted to experience it.

Now that my dream has actually become a reality, I don’t feel like I thought I would. It turns out that Japan is just another place where people live and work. The main difference is that the locals happen to have slightly different customs than those I was raised with. Yet, other days it’s still like magic. Even though I have a job to wake up for and bills to pay and a close-knit group of friends, I regularly pause as I look at the mountains, waterways, and cities that dot this beautiful country and realize how lucky I am. Moving to Japan is the best decision I’ve ever made, and even on bad days I don’t regret it in the slightest.

I live in a place called Namba, a name that those familiar with Osaka will likely recognize. Namba is the southern hub of the city and includes the Dotonbori River, a historic canal that once brought trade into the city and is now home to street stalls, shopping malls, and bar crawls. Day and night, Namba overflows with visitors from around Japan and the rest of world shopping, eating, and drinking to their heart’s (and wallet’s) content. The locals spend a lot of time here as well, sipping street beers on the riverside (public drinking is legal if not encouraged), sneaking into love hotels, and singing in karaoke booths until the sun comes up.

To be more precise, I live in an area called Shiokusa, which is on the outskirts of Namba. So, while my neighborhood is quiet and tourist-free, I’m only about a fifteen minute walk away from the bustling, neon-lit tourist trap. Even more amazing is that my apartment, a rare two-bedroom, is larger than a cupboard and about as affordable. Unlike most populous cities, like San Francisco or New York City, living in urban Japan isn’t financially crippling. It blows my mind that I live in a city as world-renowned and culturally rich as Osaka – the third largest metropolis in Japan and one of the largest in the world – and I never have to worry if I can afford the rent.

I came to live in this neighborhood almost on accident. When I moved to Japan it was to work for a company that provided housing for their employees coming from overseas. They placed me here, or at least very nearby in Daikokucho. Initially I was slightly disappointed because I requested to live in Kyoto. The famous history and culture of Japan’s former capital fascinated me. Yet, almost immediately I realized how lucky I was to have been placed here in Osaka instead. This city is so vibrant (there is always something going on) and everyone is so friendly that sometimes it feels like a small town. Osaka has a rich underground art scene, some of the most interesting bars and clubs in the country, and enough history to keep buffs like me entertained. The locals are very talkative, unlike the typical stereotype of a Japanese person, and the expats are all super close. In fact, I call many of them family. Perhaps best of all is that I live less than an hour’s train ride away from Kyoto anyway!

The first time I discovered I lived so close to Namba was also an accident. My friend told me about a store that might sell foreign food and some other products I wanted to buy. The shop’s name? Don Quixote. I now know this as a crowded and wacky one stop shop mainly for tourists. Don Quixote is everything from a grocery store to a sex shop. It has multiple levels of merchandise that is all too easy to get lost in. Back then, however, I just thought it might be a place where I could buy spaghetti sauce and deodorant (not the best place for either, in retrospect). I looked up the nearest one on Google Maps and was lead, quite unexpectedly, into the neon splendor of the Dotonbori district. Massive, glowing advertisements and enormous, moving crab and octopus billboards filled my vision. The famous Glico Man sign reflected on the water with the rest as people posed for pictures in front. I’ve been returning to Namba just about every week since. I still can’t believe I live so close to all the takoyaki, shopping, and partying I could ever want. I’m even more grateful that I’m close enough not to have to pass through Namba Station, an underground maze of commuters, conbini, and corridors.

I prefer to explore the city on foot and by bicycle. I used to take the subway everywhere, but that left my brain filled with blanks where a map of the city should have been. So, I started walking. Later, I bought a bicycle – that one was stolen so I bought another, and another, and so on – and started to find my way around by getting lost. Another wonderful thing about Osaka is that, while it is quite sprawling, the main hubs are within walking and cycling distance of each other, so I found I could get almost anywhere I needed to go within the city sans train or automobile.

My neighborhood, as well as the city in general, is safer than where I grew up. I’m from New Orleans, Louisiana in the southern part of the U.S. While you may know a lot of good things about New Orleans – jazz, Creole and Cajun food, and the unique architecture, for instance – I won’t hide the fact that NOLA is also one of the most dangerous places to live in America. Osaka has no such reputation. I didn’t realize how paranoid I was until I moved here and was finally able to relax. I’m no longer scared to walk or bike home alone after dark, I can use the restroom while alone at a cafe and return to my table to find my laptop still there, and I can forget to lock my apartment door and not have to have a panic attack worrying all my things will be gone when I get home. When my Japanese colleges and friends say that certain places in Osaka are unsafe I almost want to laugh because being here is nothing like what I was so used to before. Of course, crime exists everywhere and it would be naive to be totally unafraid and nonchalant, so I am careful. I look over my shoulder, keep my belongings close, and lock my door. But, it’s nice knowing that I probably don’t have to.

Life here is very convenient compared to New Orleans as well. Most of America is lacking in good public transit, but Japan has no shortage. I’m a three minute walk from the JR Osaka Loop Line, a busy line which connects the entire city. It’s a bit unreliable by Japanese standards because the trains are often a few minutes late. Compared to the buses and streetcars in New Orleans which often don’t even show up at all, this doesn’t bother me much. The Loop Line goes to places like Osaka Castle and Universal Studios Japan. I can also walk to Daikokucho Station on the Midosuji Line, the busiest subway line in the city. Both train lines will get me to Umeda, the other main hub of Osaka.

There are some cons to living in Japan, of course. The bureaucracy is a mess. Feminism doesn’t exist, but xenophobia definitely does. These things are changing, however, and though the pace is slow, I’m hopeful. My apartment in Japan is smaller than the ones I had back home, nor does it have a dryer. But, I always wanted a balcony, so now I love going out on mine, even just to hang up my clothes to dry! This isn’t very fun when it rains on my clothes, however. Word of advice – always check the forecast before doing laundry.

There is a lot that’s different about Japan from my hometown, and sometimes these things can be confusing, frustrating, and downright nonsensical. However, it is often these differences that also make this country so unique and interesting, so I’ve learned to adapt and enjoy. The fact that overall my life is safer and more convenient makes me feel like I can’t complain. Plus, as in my beloved New Orleans, public drinking is okay! And what’s better than that, really? 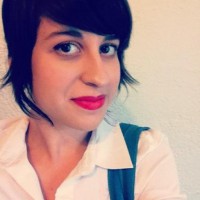