Even though I’m here with my fiancée, it’s still hard to believe: we now live in Japan! How amazing is that!
Somehow, we ended up in Nakano-ku (that even my auto-correct tend to change to the much more famous Nagano, home of the 1998 Olympic Games), located in the north-western part of Tokyo. Still in the heart of the metropolis, this quiet neighbourhood is only 10 minutes away by subway or 40 minutes away by foot from Shinjuku! But it has so much to offer than it might even take a while before you actually want to go to other places. Some also say that Nakano is the next Akihabara although I tend to disagree with that statement. They are so different!

Anyway, to make it cheaper, we’ve decided to work in a guesthouse in exchange of a room in their shared house. What a deal! For around 20 hours a week, we have our own private room in a traditional-but-westernized house in one of the most quiet area of Nakano. Although adjusting was hard at the beginning—our room is the size of our former Montreal bathroom or maybe even smaller— we acclimated just fine once the dreadful jet lag wore off. But the size of the room was not the worst for us. The place to sleep was the most surprising actually. We left our own king size bed to share a bottom bunk bed. But thanks god for the AC! Moving in summer might have not been the best idea. Although Montreal summers are very hot, this is something else. But we are extremely grateful for the AC pretty much everywhere and especially in the room otherwise it would be a permanent sauna in here!
On that note, we are still surprised to see so many people biking around in that weather. And they’re the kings and queens of the sidewalk. Yes in Japan, pedestrians and cyclists share the sidewalk. We got used to it but we still find it dangerous, especially considering how small those spaces are. And you barely hear them arriving! By the way, we hear more and more constantly that Japan struggles with birth rate issue. Well, it seems that Nakano overcame this problem! Seeing a pregnant mother riding her bike with a kid in the back, one in the front is not a rare scene. It’s impressive and very brave.

Originally its own city, Nakano became part of Tokyo in 1932 while the subway reached it in 1961. In 2017, GQ named it one of “Tokyo’s most underrated neighbourhood”. In 2018, it’s still a very calm and discreet residential area and home of Nakano Broadway. Visited by otaku from all over the world thanks to the presence of the 26 stores operated by the pop-culture giant, Mandarake, this busy mall offers anything and everything. Whether you look for comic books, vintage video games, trendy shoes or glasses, Nakano Broadway will most likely have it. Let’s not forget the food! One of the main reasons why we were both excited to visit Japan was the food. Some times later, it’s still the case! And the shopping area does not disappoint! The ramen are fantastic as well as the home made takoyaki (small batter sphere filled with octopus). And let’s not forget the many sushi places that serve salmon, sea urchin, eel, and a variety of fish (that fatty tuna, though… makes me drool every time I think about it).

Eating out is good, however we found it hard to do our groceries. Although there are a lot of supermarkets around (Life with their end-of-day discounts, check it out around 8:00pm; Gyomu; Summit; Seiyu), the quantities are really small for us. We come from North America after all. Thus it feels really expensive for what we have in the bags. This is especially true for fruits and vegetables. On that point, Nakano is as Japanese as the rest of the country. It’s possible to find cheap bananas (in Seiyu you can have 5 for ¥89) but it’s also common to see the famously overpriced melon or watermelon, grapes, and lettuce for example.
But that’s okay as everything else is relatively cheap. Nakano also has a lot (and we do mean a lot) of beauty and hair care salons. They are more present than the combinis and those are open 24/7! One cut cost between ¥2,500 and ¥6,000 which is not that bad.

But Nakano is also for the night owls with many clubs and bars. The Otaclub just right next to Simachu and in front of the Mini Stop is perfect to experience the eccentricities of Japan. Of course, as karaoke is like a religion here you’ll find a branch of Big Echo just in front of Nakano station while you can find independent places in the big avenue next to Higashi Nakano.
If you’re more in a concert mood, the neighbourhood can once more fill your needs. The modern Nakano Zero harbours a concert hall but not only as you’ll find an information center on the first floor and a big library on the basement floor with some magazines in English. As an example and for all the nerds like me out there, there were three concerts in July to celebrate Rockman (Megaman in the West) 30th anniversary with historic composer Noriyuki Iwadare! Don’t worry I missed it too. But that’s not all as there is one last venue, the jewel crown of the district, the Nakano Sun Plaza. This huge and somewhat ugly building is the most recognizable part of the area. Whereas you’re in the Tokyo Sky Tree (most expensive tourist attraction of Tokyo) or the Tokyo Metropolitan Government Building (free panoramic view of the city) you’ll see it from afar. This place, which was incidentally where Nirvana played their very last live concert in Japan in 1992, is a must for artist from all over the globe.

But what makes Nakano so special for me is that it feels like a small city. Wandering around the neighbourhood during the day or coming back from work at night doesn’t feel like Tokyo at all. The maze-like streets are completely different from the grid arrangements that define most of north-American cities including our own Montreal. And Nakano being in Japan, we find temples and shrines here and there just around the corner behind a combini or a hairdresser.
It also feels like this area is home to some wealthy people. Big western-style houses, Mercedes, BMW, Porsche are a common sight around here.
All in all, we’re feeling really good around here. Seeing the locals interact with each other is always pleasant (sadly we can’t join the conversation just yet. Our Japanese is too limited right now but we’re working on it!). We love this quiet neighbourhood surrounded by no less than three subway stops (Higashi Nakano to the North, Nakano Sakaue to the South and Nakano in the middle) that makes it accessible from anywhere in Tokyo. It’s also very easy to come from either Narita or Haneda. If you’re living in Japan or just visiting Nakano has to be one of your stops. You’ll find it a breath of fresh air and it will let you relax from all the craziness of the biggest city in the world. 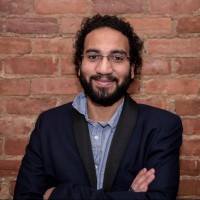 Antoine just recently moved to Tokyo after spending seven and a half years in Canada. He loves his new
neighbourhood of Nakano-ku and is grateful for its quietness. Every day is a new discovery for him
especially in the food department which is mainly why he moved there with his soon-to-be wife. He’s a
fanatic of Calpis and instantly fell in love with Japan’s very own melon pan. He’s a freelance writer with a
master degree in Game Design. He speaks English and French (his native tongue) while still learning
Japanese.